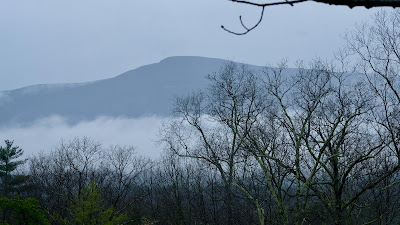 For the past few nights, I've been going to sleep without the dreaded "dreads," and while my health still isn't great, I'm no longer shocked when I wake up. I've even come to expect it.

When Andrew Cuomo comes on, he continues to announce horrendous death totals, and those who work in the hospitals and else where on the frontlines continue to work despite the threat of illness, if they haven't been sick already, and then there are financial consequences.

There are slivers of good news, at least here in New York. We are "flattening the curve," and because of social distancing we won't be facing the horrendous shortages that the models all predicted — if we didn't watch out for each other.

This is all great, and if people continue to follow the rules, it will be even better. Whether they will, however, is an open question, even in New York, whose caseload is more than triple that of the next nearest state.

So after being hit on the head daily with bad news, how do we process it when it turns good? Can you allow yourself to feel better when so many are suffering? I look at the early blog posts and wonder: do I still have that fear and have just compartmentalized it or have I moved on to have a little more confidence about survival? If the latter, is that wise?

I don't think we've found our way out of the cave, but I can see the semblance of a light ahead. What happens when we find it?

Here, we have a life with few surprises. While our walks down the street occasionally involve a little Frogger-type manuevering, for the most part we know when we go out we can do so safely. Do we dare get takeout or shop, or even accept more deliveries when we don't know if the delivery person has been coughing or sneezing?

And here's the big thing. If the President gets his way and "reopens" the country. He can't actually reopen much that is closed but the bullypulpit he stands behind is powerful. If he tells his supporters that they can go out on May 1, they will, and when they do, they are seeding us for a second wave, and that second wave could come back stronger than the first, not just here but all across the country. In our small county, there are some 400 cases, and the number is rising every day. Will it peak by May 1, maybe, but it also can jump right back up.

So I'm going to continue to worry about my friend who is sick along with the rest of her family, but I'm going to be grateful that I've stopped hearing about other friends and friends of friends who have caught it and assume that that's representative of a good trend.

I'm going to continue to worry about my friends and family in other states, especially the red ones, where numbers are rising.

But I'm taking a deep breath and letting it out in the belief that for now our little family is going to be all right. Sue has a good routine now for making sure anything that comes to the house is disinfected, and we can use a little milk, so maybe it's time.

But we never forget this; both for those who suffered and for us.

So like the ref says before a fight, keep you hands up at all times and no hitting on the break.