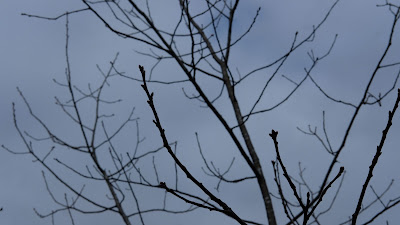 Andrew Cuomo's daily briefings are really becoming akin to FDR's fireside chats. Especially, lately, you can see the self-awareness that was absent in the first few sessions -- he knows he has a national audience, and he knows they're listening. That's not necessarily bad, especially for New Yorkers who know Cuomo more as a pugnacous, somewhat mystifying politician with parental issues than as a statesman who reads up on Lincoln and Roosevelt. After all, this was a person who is such a control freak, he could walk into a nursery school class and walk out, having made 20 new enemies because none of them would be getting the chocolate milk he had promised them because it wasn't the brand that *he* recommended.

Yet, at this moment, I treasure all those pigheaded, egotistic qualities, because it's clear that they give us the best chance to save the most lives, even across the country as states and citizens  are slowly taking his consistent warnings and his steady advice to heart instead of following the nutty, contradictory pronouncements that Trump issues from his podium every day. People don't want infomercials; they want real information, hard truths and leadership. They need it, and they're getting it from Cuomo.

But he's not only talking about the ventilator shortage and the grim toll that will take, as his audience has expanded, so has the breadth of his words. What is particularly striking is when he channels his Dad (with whom he clearly had personal issues) and talks about the transformative nature of the pandemic. "It has to change us," he said the other day, "on a personal basis, on a social basis, on a systems basis. We're never going to be the same again. The fear and anxiety isn't going to go away. I don't think we get back to normal. We get to a new normal, like we're seeing in so many facets of society. Our job is to make sure that change is positive and not negative." Of course, Cuomo being Cuomo, when a French reporter asked him afterward if it had changed him, his response was a flippant, "No." And when the same reporter asked him what inspiration he drew from his father, he struggled with the answer.

My guess is he won't be growing a beard and becoming Lincoln (and he's still fighting with de Blasio) but I do think he's on to something. I don't see how anyone, including Cuomo, can survive this without somehow changing. How can you see the rising death tolls, the stories of the chaos in the hospitals, and the heroism of medical professionals without being affected by it? What about the heroism and courage of every American in the virus's path who somehow manage to get through every day, holding it together, essentially by themselves, facing down the fear, coping with shortages and the perils they face by simply walking down the street? How can that not change all of us somehow in profound ways?

It has to, and I'm not talking about watching the President and his court jesters on Fox and realizing they've been hoodwinked; a realization that is bound to spread across the country as more and more Americans know a family member who has been stricken with the virus and didn't come home from the hospital.

For me, things that were so important before just don't feel that anymore. Things, are one. Anger, for another (except the fury directed at the White House and the GOP), holding grudges over old slights. What does it matter? I don't have the psychic energy for them. There are just so many other things to worry about; the welfare of my family and friends how I can make some kind of contribution to helping people through this. Every day, I reach out to people who have been special to me for so long. I even reach out to those who weren't always so special. Things that made angry before, simply don't. At a time when I'm cognizant every day that this month could be my last, they're just not important now. I've got other things to do that are more productive. There's the uke to practice; the book I've always wanted to read; taking the time to stare at the wonder of the sky and not think of anything else; the family members to hug.

I see it too in the way and frequency that people reach out to me. Hardly anyone closes an email anymore with the dismissive, "Best", it's "be safe" or "XOX" and they mean it.

I know that if and when I can, I will work full time to defeat Trump in the fall. This is an election than none of us can afford to sit out. And it's not just political. As they used to say in the '60s, the politics are personal and vice versa.

I'd like to think this is real. My guess is that it is. I'd like to think it's the same with our governor. I'm guessing that it mostly isn't, but for right now I'm fine with that. If I could, I'd say to him what Tom Lehrer sang about National Brotherhood Week 50 years ago:


"Be nice to people who are
inferior to you;
It's only for a week so have no fear;
be grateful that it doesn't last all year."